Virgoans seem to sit on the fence looking backward with confidence and at the same time displaying a certain timidity in moving forward. Virgoan subjects are happy to remain in the background, employing their organizational skills to help those with extrovert talents.Virgos are practical, sensible, logical, and clever. They can make mountains out of molehills in both a positive and negative context.

Virgos are renowned for their fussy, worrying, critical natures-traits which can be very irritating to other signs.They are perfectionists who need to have everything just right. No sign is more critical or more demanding of itself than Virgo.Fussiness, which borders on obsession at times, is apparent with most Virgoans.

Virgo natives are commonly misinterpreted to be quite stuffy, moody and too obsessive in nature. It is a myth that Virgo cannot sustain a compatible relationship for long. Virgo being an earthy sign, the natives are found to be loyal, stable and sincere in love and relationships. Hence the compatibility of Virgo natives with the other zodiac signs would be generally high.

As they do not show their emotions to the outside world, the Virgos are commonly misunderstood to be quite aloof and very private. However they are kind, helpful and passionate in a relationship. They are much devoted to their partner that they would sacrifice even themselves for their partner.

On the elemental analysis, we see that Virgo being an earthy sign cannot get a with fire signs as they are too dominating and fierce to handle. All of the Air signs can get on with a compatible relationship with them. The water and the other earthy signs also sustain a compatible relationship with Virgo people as they acknowledge the loyalty and devotion of the Virgos and retaliate in right earnest. 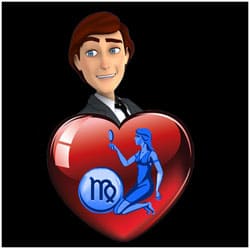 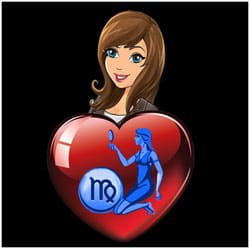 One of the important negative point of being a Virgo in a relationship is that you are highly critical of your partner. You are a constant nagger that irritates the best of the partners. Also you seem to be lacking in self-confidence when it comes to love, relationship or marriage. Virgo guys are advised to take their partner as they are and not to try to change them according to their whims and fancies. An open communication like a heart-to-heart talk with partner would pay way for goodness in the relationship instead of bottling up your inner feelings.

Virgos have good sexual affinity, however they are into it only if they think they are with the right partner in life. Love, romance an emotions mean a lot to them than sex and it is not their forte. Also they are found to be a little shy regarding sex and related talks. Over-thinking about ones relationship or partner sparks a death knell for Virgo people. If the Virgos make up their mind to avoid trying to be perfect and wanting their partner to be so, there would be better compatibility in the relationship. The analytical nature of the Virgos generally paves way for a compatible relationship. 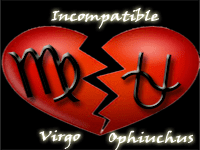 Though the Virgo and Ophiuchus seem to be on a similar mental plane they are not compatible in a relationship. Virgo is too much a perfectionist which cannot be tolerated by the Ophiuchus. Also the Virgo does not understand the secretive ways of the Ophiuchus and hence they travel different paths altogether resulting in an inharmonious relationship.