The Sun represents the positive or healthy side of fire energy. Sun types are usually the most healthy of all types because their strong fire energy allows for good digestion, good circulation and the burning up of toxins.They have strong immune systems and seldom come down with serious diseases. Their appetites are strong, even excessive.

Their complexion is bright, golden or reddish. Their eyes are golden, perceptive or full of light. Usually they are of moderate build with good muscles. They seldom become overweight or underweight.Their bodies run hot and so they like cool foods and cool climates. Though they prefer much sunshine they are sensitive to direct exposure to the sun. Their main health danger is through overwork or through trying to take responsibility for everything. This can give them heart problems or stomach problems (ulcers).

Psychologically, Sun types are characterized by a strong will and a strong vital energy. They are independent and proud, perhaps vain. They like to be leaders or authorities and can gain much power over others. They turn others into their satellites and like to be the bestower of light. They are highly perceptive, a little critical, and can probe deeply into things. They make good scientists or psychologists. They have strong emotions but are seldom overcome by them.

Usually Sun types have a philosophical or religious disposition and are ethical in their actions. This comes out later in life, when they often become contemplative. In youth they are largely people of action rather than words and like to command a strong presence in the world. There is something noble or aristocratic about them and they like to associate with people and principles of value. 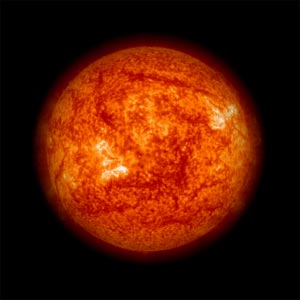 Yet if defeated in life, by disease or by failure to succeed Sun types can fall apart quickly. Their death is often sudden, most commonly by heart attacks. Once their period of success is over and they are no longer in the limelight, they suffer from loneliness and regret. They like to have children but are not usually happy with them. Their standards are too high and their children tend to revolt against them or disappoint them.

• How important is Sun?