2007 will be a good year, but there will be sudden new developments in career coming from new changes in the work equation, and even new laws, which could bring a slow down in work. The year, as such, will be vibrant and positive, although the steam will tend to run low toward end of the year. 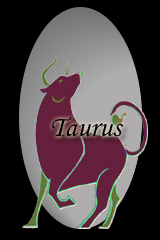 Gains in business, and chances of marriage will come for some. The possibility of a move due to work could be possible, too. High activity in career, and ability to overcome competition, new creative ideas and an inflow of external funds, which will expand liquidity, happiness in marital matters are some events to look after.

Ego with spouse and business partners after the end of the first quarter; disappointment and differences in relationship; unsettled atmosphere at home and work; Sudden unexpected changes at work are matters to be cautious for the year. First half of the month will be better than the second half.

Sudden rapid changes in career will occur during the year, which could change the basic setup of work in the coming years. A slowdown will also occur concurrently, and it is advisable that no new investments or risks in work are taken. Foreign influences in work will rise in the next few months. Business matters will see new opportunities, although there will be a rise in competition, too. On the most part, it will be a better phase after the first half of the year. Job matters will see controversy in the work environment.

There will be issues with people in authority. Professionals will experience a slowdown during the end of the year. There will be minor trends now, which could manifest in the next few months.

A positive period for money matters, although there could be swings in monetary status till the first quarter end. An inflow of external funds or a new loan is possible, which could ease up finances. Income will be good, especially in business or joint areas of work. Liquidity could come under pressure. Investments will improve now. Investment in debt instrument will be useful

An unsteady year, as there could be a phase of happiness in relationships interchanged with aggression and stress. Improvement will come after the first half, while new long-term relationships could be formed at the start of the year. Marriages will see hurdles and swings till the end, but possibilities will rise around the last quarter. Unmarried people could find new marriage options during the end of the year, or in the near future.