During this transit Jupiter would be moving from your first house to the 2nd house. The position of Jupiter in your first house also called as Janma Guruwould have caused untold troubles in your life for the past one year period. However this Peyarchi would be beneficial for you.

Your health, finances and career would improve a lot, though family troubles might crop in now and then as Saturn or Sani would be in your first house for this period. Saturn would be minimizing the benefic effects of this Guru Peyarchi by a considerable amount.In general this transit would be a mixed bag for you. Though the initial period looks good, between January 2016 and April 2016 things would worsen a lot only to look up between May 2016 and August 2016. 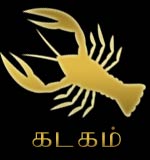 There would be much accumulation of wealth in this time. Auspicious events might take place at home. Birth of a new born would bring joy in the household during this transit period. There would be gain of name and fame thus earning the wrath of your opponents and enemies. Love life would bloom like never before during this time.

Pariharam or Remedies for Guru Peyarchi:

3. Visit Kuchanur temple in Theni District or Thirunallaru temple once.

4. Help older people and students with their works.

6. Prayers and meditation would work wonders in your life.

Jupiter transit otherwise called as Guru Peyarchi. Guru in Indian astrological terms is regarded as the most auspicious planet among all the 9 planets, because of its abilities to bestow goodness for all life forms. It is a planet or graha that protects us from the evil cosmic forces and the bad karmic energies .