How to Judge The Natal Chart

These are the general factors used in judging charts. You need to know what a certain planet in a certain sign or house means.The basic rule is fairly simple:

So the first major choice to make is the relative weights to give the Ascendant and Moon signs. Usually the ascendant has more weight but many exceptions exist.

Some astrologers consider houses from the Sun, as well as those from the Ascendant and Moon. In this system, the ascendant counts for one half, the Moon sign for one third, the Sun sign for one sixth. This system was called "Sudarshan" or perfect vision, as it provides a more complete view. Yet for most purposes, consideration of the houses from the Moon and Ascendant is enough. Still we have to consider the Sun sign as very important, particularly for issues of the self and soul for which the Sun is the significator. 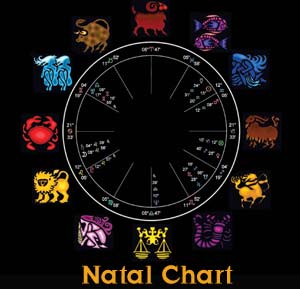 If the Sun is with Mars but aspected by Jupiter then Jupiter will generally have a stronger effect upon the Sun or Mars than either conjunct planet. Conjunctions are not aspects in Vedic Astrology but associations. Aspects are stronger determining factors than conjunctions. An aspect can nullify the effect of a conjunction. For example, Jupiter Venus conjunct aspected by Saturn may be largely neutralized, particularly if Saturn is more prominently placed, such as in the tenth house.

Of course, if three or more planets are conjunct, this creates a powerful concentration of energy, particularly if the Sun and the Moon are involved, that can be more significant than any aspect. It becomes another Ascendant, often more important than the rising sign.

Saturn on the degree of the Ascendant, for example, will be more debilitating than ten degrees away in the same sign. So the exact degree of positions should always be considered.