According Sanskrit dictionary Vachaspatyam "Yantram" is "an instrument" or instrument for holding or restraining which may be used to denote a variety of diagrams. Each manifested form has a special sound energy (mantra) and energy pattern. A yantra is a visible form of energy body of the mantra.

There are two major types of yantras used in astrology: geometrical and numerical. They all based on certain sequence. There is also classification of yantras according type of puja conducted by sadhaka: Bhu Prisht yantra (from earth, carved or raised); Meru Prastar yantra (raised in the form of mountain); Paatal yantra (carved in the form of mountain in underworld); Ruram Prisht yantra (forged one, they have tortoise shell like tops on rectangular shaped base). There is one more classification of yantras: Sharir yantra (worn on body, sharir); Dharan yantra (yantra empowered by ritual and worn on body); Asan yantra ("seat", they are placed under seat during puja); Mandala yantra (created by group of people, who chant different mantras at specially assigned places during puja); Puja yantras (used as a visual support at shrines). 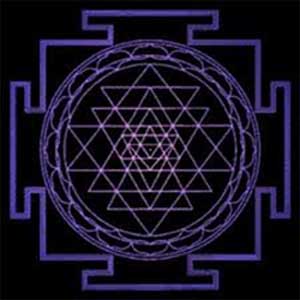 Astrological yantras are designs that convey the energy of the planets. They can be worn on the body after proper purification and empowerment by dharana, japa and puja. They are going to work in similar manner as gems and amulets (prepared according some tantric scriptures).

They are more useful than Gems:

There are several reasons for that. First, yantra could be more appealing to meditation and ritual oriented person. Process of initial and periodical purification and empowerment of yantra is a good way to develop some skills useful for yoga and tantra practisioner. Second, it is a two-way communication process with planetary energy. Usage of gems is more passive in nature. Third, yantras are less expensive then gems.