Aries with Airy Gemini is agreeable and both generate a lively atmosphere, life is not boring. Gemini's wits can match the Aries fighting spirit.Both enjoy variety, action, discovery and new things, so they should share their interests.These two get on like a house on fire, whether they're entwined in amour or engrossed in articulate arguments.

Geminis like the innate enthusiasm and vivacious verve of ravishing Rams, who in turn know that they need never be bored if there's a Gemini around.

Because they have their own brand of bounce and bonhomie, outsiders may think that this set-up is superficial, but the Martian Aries and the Mercurian Gemini know better.They're very good for each other, taking each other down a peg or two when they think it's needed, but in a nice, not a nasty , way. Sometimes, though, that quicksilver Geminian tongue may lash out too liberally and say something so sarcastic it'll enrage the woolly Arian , making him or her dole out a dose of that temporary temper, that's here one minute and gone the next.They bothlike to flirt and if they've formed an amorous alliance, it could land them in a big bathtub of hot water.That's fine if they're both flighty and flirty, because they'll be able to cope and they're such liberated lovers that they could even organise an orgy or two. But if one of them has Venus in Taurus or the twin has the sign of love in clingy Cancer, it could be difficult for the relationship to last. 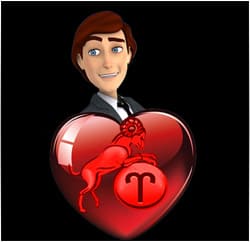 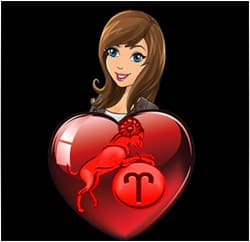 Will I marry the guy/girl I'm in love?