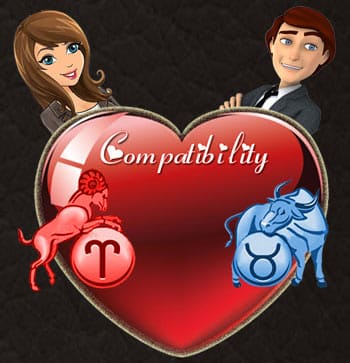 This combination does not have much romance involved instead both the Taurus man and the Aries woman would be more into the practical aspects of life. Neither is interested in romance at sight but instead are more bent towards caring for each other's interests and the like.

This duo of an Aries woman and a Taurus man has better compatibility for a friendly relationship. Much comradeship would be involved here. They get along well in their paths and walk the talk together.

Since both the Aries female and the Taurus male are extroverts there would be good compatibility in marriage. They go along together in raising children, building homes, improving financial status together without much hitches as well take time for socializing too. Both are more bent on possessions and this duo has a good chance of marriage survival.

Though this combination seems to be very compatible, there would be frequent bickering and hitches in the relationship. Aries says that what she says is right while Taurus sticks to his stand. Amidst all these it would be the family surrounding them that suffers a lot till the end.