Brace yourself... Mercury, the planet for communication and thinking is going retrograde yet once again. Are your prepared to handle it?? Though the very thought of Mercury retrograde seems to frighten us, if we choose to move slowly, taking life easily as it comes its way and go with the flow, then these three weeks of Mercury retrograde would begin to be a period we look forward too, and not a pain in our Ass!! 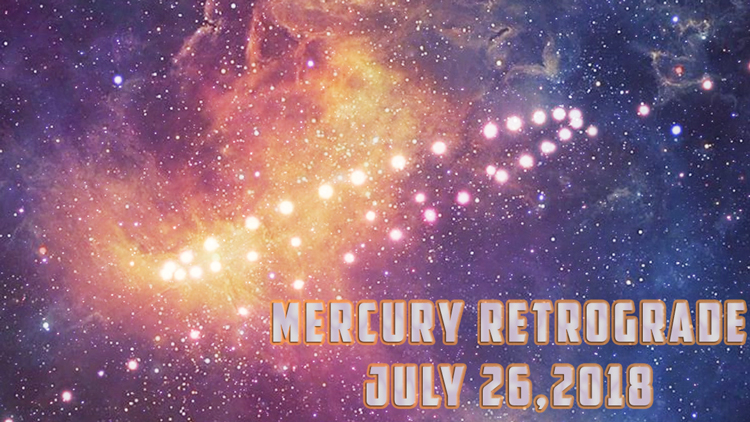 Though confusion and complexities plague you through the Mercury retrograde period, some sort of personal clarity comes on August 9th when the retrograde Mercury conjoins Sun. Then on the 10th of August, once again the effects of Mercury retrograde would be felt sharply thanks to the square between Jupiter and retrograde Mercury. As Mercury turns direct on 11th August, a lunar eclipse also happens in Leo. This would bring more light into your life.

Mercury retrograding in Leo would also bring about high drama and some fierce energy levels around. Impatience, frustrations, mishaps and malfunctions follow. This Mercury retrograde coincides with the Mars going retrograde in the opposite sign of Leo, being Aquarius. So the level of frustrations and complications would be quite high enough, tough to handle though. Also the eclipse activity around this period- a lunar eclipse is due on 27-28 July, might bring some revelations or secrets to the fore.

Advise for the Period

During this Mercury retrograde in July 2018, lower your expectations about people and situations around. In this way you can avoid disappointments of sorts. There might be misunderstandings with higher -ups in work place, stay low. Love and romance would enter a confusing stage, there might be heated arguments, disappointments and dissatisfactions loom around in relationships. Wait and watch till Mercury retrograde effect wanes off.