The lunar eclipse on July 27, 2018 would be the longest lunar eclipse of the 21st century. It would be called a Blood Moon eclipse as the Moon would turn into a red-brown color during the eclipse period. The total time taken for the entire eclipse to happen would be around 4 hours while the lunar eclipse would be at times peak for about 1 hours and 43 minutes. 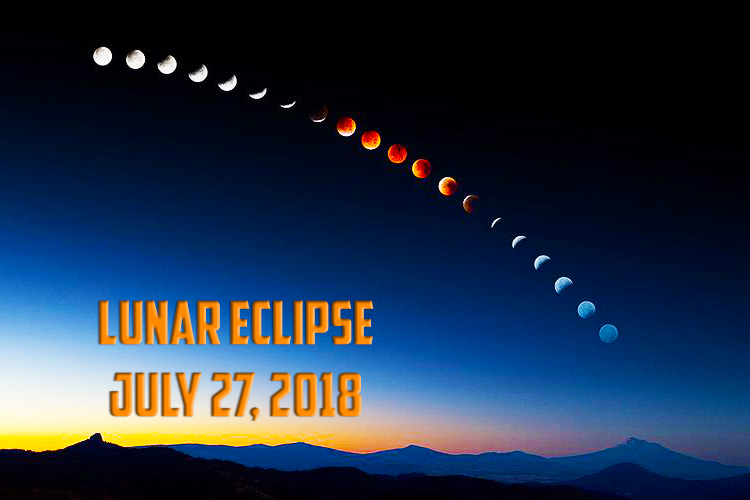 Visibility of the Eclipse

The eclipse won't be visible to viewers in North America. But observers in much of Africa, the Middle East, southern Asia and the Indian Ocean region will get an opportunity to view the lunar eclipse of 2018. Much of the Eastern Hemisphere of the Earth will see part or all of the eclipse. The entire eclipse will be visible from Africa, the Middle East and countries in central Asia. The eclipse will be visible from eastern South America as it is ending, and from Australia as it is beginning.

Mars and the Lunar Eclipse

Mars will be at the closest distance from Earth in 15 years during this lunar eclipse. On 27 July, Mars will be in direct opposition to the Sun, meaning it will be opposite the Sun in the Earth's sky. And it means that Mars will blaze twice as bright as Jupiter, but dimmer than Venus. In other terms, Mars will easily be visible to the unaided eye under a clear sky. The last time the Red Planet was so close to the Earth was in 2003.

The Full Moon on July 27th at the watery sign of Aquarius at 4 degrees would be a total lunar eclipse. The eclipse would be mainly influenced by Mars with Mars being conjunct to the eclipse by less than one degree and hence this would be quite a turbulent and emotional period. As Mars is in a harsh aspect to Uranus, beware of anger and frustration around. But then Saturn's influence (semi-sextile- 30 degrees) might give a smoother atmosphere around.

During this lunar period, it is best advised to remain calm and patient for the effects to wane off. Do not take hasty and impulsive decisions. Be prepared to handle events that check your self-esteem, your relationships and bring about distress and anger.

This Full Moon be armed for a major upheaval around. Redundant projects now end, as also unwanted relationships and financial situations get consolidated during the eclipse. Though good results can be expected, overall only co-operation with those around would do good for personal and professional relationships.

This Lunar eclipse also marks a period when future dreams and plans can be made. The eclipse in the watery sign of Aquarius, brings about an urge or a yearning for a major change, but then be sure that you stay grounded at all times. Also around this eclipse time, Mercury would be retrograding. Hence be prepared to handle delays and hindrances in your thought -processes and communications. Striking a good balance between action and laying low would help you to come out of this eclipse period unfazed.