There are many opinions about what, if anything is going to happen on winter solstice 2012 and what is the real meaning of Mayan end date.

It has been predicted that on the Winter Solstice of 2012 at exactly 11:11 UT - a Trans-Dimensional Event (T-DE) will occur. The Mayan Day-keepers view the December 21, 2012 date as a rebirth, the start of the World of the Fifth Sun.
It will be the beginning of a new era according to the Mayan Calendar. On this day the solar meridian crosses the galactic equator, and the Earth aligns itself with the center of the galaxy. 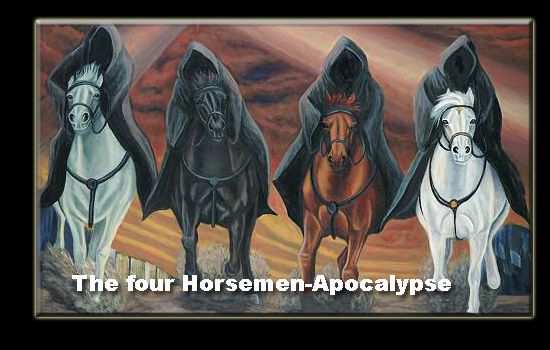 At sunrise on December 21, 2012, for the first time in 26,000 years the Sun rises to conjunct the intersection of the Milky Way and the plane of the ecliptic. This cosmic cross is considered to be an embodiment of the Sacred Tree, The Tree of Life - a tree remembered in all the world's spiritual traditions. This alignment will bring massive energy waves and particles which will impact our consciousness, and will soon have an even greater impact on our planet. This vortex of energy will afford us a great opportunity to bring enlightenment to the Universe.Some observers say this alignment with the heart of the galaxy will open a channel for cosmic energy to flow through the Earth, cleansing it and all that dwells upon it, raising all to a higher level of vibration.

2012 is claimed by some to be a great year of spiritual transformation or an apocalypse. There is disagreement among believers as to whether 2012 will see an end of civilization, or humanity will be elevated to a higher level. Many esoteric sources[interpret the completion of the thirteenth B'ak'tun cycle in the Long Count of the Maya calendar -which occurs on December 21 by the most widely held correlation- to mean there will be a major change in world order.

Astrologers have determined that on this date, there will be "an extremely close conjunction of the northern hemisphere winter solstice sun with the crossing point of the Galactic equator and the ecliptic", an event that will not be repeated for thousands of years.

According to many prophecies something important is about to happen in 2012. In 2012 the centre of the Galaxy is at 0 degree of the Western zodiacal sign Capricorn. 0 degree Capricorn is the point of the zodiac where the Sun is during the December solstice.

Highlights of the Astrological chart for 21 December 12.12

The planetary pattern will be the same for all locations only the ascendant and house division will be different.

The Sun is at 0 degrees Capricorn, the point of the December solstice. It makes a sextile to Neptune, right at the beginning of Pisces. This is an almost exact sextile. The orb is less then half a degree. This aspect can point towards a spiritual experience, a loss or both. The most important configuration is a yod which we find in the chart. This is also called the Finger of God.

The yod consists of:

1. A quincunx (150 degree aspect) between Jupiter and Pluto.

2. A quincunx between Jupiter and Saturn.

3. A central opposition (180 degree aspect) made between Jupiter and the Mercury/Venus conjunction.

The two quincunxes are almost exact, they have an orb of less then half a degree. In fact the quincunx between Jupiter and Pluto is exact at December 21 2012.

1)Pluto is the planet of radical transformation, death and rebirth.

2)Saturn is the planet of the earthly realm and of learning experiences.