The rupee continues its fall against the dollar and other international currencies. When this article was written the Indian Rupee had touched a whooping 68.80 against the US dollar.

Astrologers around the country have started to blame the new rupee symbol adopted in July 15, 2010 for this great fall.

They say that the horizontal line across the symbol is to be blamed and is not designed according to Vastu principles which is an ancient Indian practice similar to the Chinese Feng Shui. Though Vastu has no relevance to economy it holds some sense in the present context. 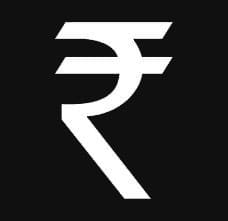 Astrologers have collectively called for removing the horizontal line and will this make the rupee to appreciate is the question in everyone's mind. Well, you need to watch and wait.

It is to be noted that the new rupee symbol was designed by Dharmalingam Udayakumar, a B.Arch and student of visual communication at the Industrial Design Centre, IIT Bombay. According to him the horizontal line completes an equal symbol which denotes that the Indian economy is above any sort of disparity.

Another argument put forward by Astrologers is that the new Indian Rupee symbol was launched on an inauspicious day. A third version of the astrologers is the bad placement of Saturn in the Indian natal chart is to be blamed for the falling rupee value.

For those not interested in Astrology, the falling rupee value is due to the outflow of funds into other territory and the currency will try to stabilize in the days to come.

• Remedy for loss in business

• How to attract good luck and fortune