Vastu means a house or a dwelling place and its concurrent influence on his or her life and its rules and principles are established to create a harmony between the natural elements of Earth, Sky, Fire, Water and Air in the atmosphere. A fault in the vastu may lead to less production, no sale, problem with labor or any hazardous risk. 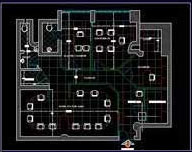 So one should abide by the vastu rules for factories also which increases the production and the movement of finished goods. It may sound absurd what has vastu to do with industrial structures, but one should understand that it is a place where human potential is exploited to its maximum in multidisciplinary activities - production clubbed with leadership function, research activity clubbed with market dynamics, achieving impedance-free movement of men and materials in crowded workplace etc.Thus for such balanced functioning of the industries we should pay special attention to the principles and rules of vastu.

In vastu for factories placing of machineries and even the facing of the employees place a major role. When there is a change or if there is a flaw in the elevation of building or floor levels, basement, and open garden and car parkings also has its effects. Loading finished good and unloading raw material and their placement in the industry should also happen at the right place. All these can be done with the help of a vastu consultant.

Water is a very essential factor for any industry or a house and so care should be taken for the storage space of main water source, under ground water and upper ground water tank which can enhance or shrink your profit and even can give or save you from major or minor accidents.Vastu not only includes water tanks but also oil tanks, washing and dying unit in readymade garments industries etc for each one according to this shastra has their own right which can help to grow fast and smoothly.

For any industry or factory care should be taken while selecting the site and the direction its facing. Thus for industrial organizations the shape of the land, roads, uninterrupted availability of water and electric power etc. should all be taken into vastu considerations.Vastu strictly says no to "L" or "O" shaped buildings for they miss sides which is a very important factor in Vastu. The east and the north facing site is considered to be the best for east is where sun rises and north is for kuber ,lord of wealth and prosperity which is good for flow of positive cosmic energy. A west facing site is considered neutral for west is meant for Lord Varuna who controls rain and water. The south facing site is generally not recommendable for it is the direction of lord yama but at times it is taken into consideration especially if the road is at a lower level than the factory.

he entrance for a factory should be from either North or East because according to vastu the South or West entrance is not good because of its infrared rays for it brings negativity. But however there is remedy for a south and west facing entrance in vastu.When the main gate of the factory is facing south it can be corrected by painting the door with deep maroon, shades of pale yellow or shades of vermillion red. The effects of a west facing door can be nullified by suspending faceted glass crystals which refracts the evening light and reduces the damage and alternatively the spectrum of colours transforms the energy at the gateway.

Any flaws at the main door can be corrected by placing green and tall healthy plants along with a pyramid above the main door to transform the bad energy. At times even a north facing house gives troubles which can be balanced by suspending a six-rod metal wind chime over the main gate and also added by painting the main door with off white, pale blue and light teak. For a southeast facing gate vastu offers remedies by placing a single decorative urn filled with water and fresh flower petals to the left of the gate from inside.

For a factory or an industrial organizations it should be noted that the higher executives faces the north direction whereas the staff and the workers should be facing the east direction. The major activities of the factory should always be concentrated in Central, Northern, or Eastern zones. Any decision is supposed to be taken in the southwest zone because it is the highest point of helix and thus it flows without any friction to the other levels. Care should be taken that the and of the factory be elevated in the south west direction and if the room for the guard is in the northern gate then it should be concentrated towards the north west side and if it is in the eastern gate then south east side respectively. But if this is not possible then the bad effects can be corrected by planting specific trees suited for Vastu directions.Even parking of vehicles counts in vastu shastra.Heavy vehicles like cranes, trucks, trolleys and tractors should be parked in the south west zone whereas parking of the employee’s vehicles like cycles, scooter, cars, and light commercial vehicles should be in the south west zone and north east zone should always be free from parking. Weigh bridge or weighing machines may be placed in North West or Central East.

But however if this is not possible it can be corrected by energy card in vastu which is a combination of seven colors with crystals of corresponding colors offering chromate therapy effect along with energy from semi–precious crystals, to enhance functioning of seven chakras in our body. According to vastu this helps in the progression of the business and thereby peace, prosperity, career, money and fortune at all levels of life.

Care should be taken in placing of machineries and erection of plants and it should never be done in the North West and South East corners. North East and centre of the building should be avoided for placing heavy machineries. Light and auxiliary machines, work equipments and tools can be placed in Eastern and Northern sides except in North East, North West and South East corners. Generator, boilers, ovens, oil fired or electric furnaces, switch gears, capacitors, transformers, control panels, smoke chimney etc. all should be located in South East. Raw materials and semi processed materials can be stocked in the south or the west zone.

North west, east or south east is good for finished goodstores, packing and forwarding. Maintenance and consumable stores should be in the south or south west area. However yantra plates which produces positive energy acts as a remedy if the above is not possible. This is an octagonal plate representing eight directions with yantras of their nine ruling planets. This yantra plate is to be placed in the abode of God or at prayer corner or it can also be placed in table-drawer, locker or anywhere in show-case and the house–direction are to be matched with direction mentioned there in.

Can I continue with my present career?