While the basic planetary type is crucial, we must remember that each of us contains the influences of all the planets. Through Vedic Astrology, we can examine the relative strength and weakness of all the planets.
The first and most significant factor is the general strength of the planet by house, sign and aspect.
The second is the friendship and enmity between planets, particularly that between the planet and the ruler of the sign in which it is located.

The houses are more important than the signs in Vedic Astrology. Most planetary combinations (yogas) are defined in terms of them – like the ruler of the second house of livelihood located in the twelfth house of loss being a yoga for poverty. Vedic Astrology regards planets more as house lords than it does as sign rulers. 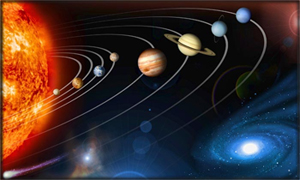 Generally, planets are auspicious or inauspicious relative to the houses they rule as calculated from each particular ascendant. This is their "temporal" status, regardless of what their natural status may be. However, planets are generally good for the affairs of the houses that they rule.

This is a general table and requires more specificity:

For example, Saturn rules the eighth and ninth houses for Gemini Ascendant, a good house and a bad house. It is naturally malefic but normally a friend of Mercury, which rules Gemini. Its mulatrikona sign Aquarius governs the ninth. Hence, it would be mixed but slightly good for Gemini. However, if it is a temporal enemy of Mercury in the chart, its results would tend to be bad. Depending upon its aspects and associations, it can function either as the lord of the eighth or ninth houses. Planetary positions in each chart will modify these principles of house rulership.

When we classify a planet as neutral or mixed for an ascendant, we mean that it can give both good and bad results, though in different areas of life, not that it will give only neutral effects. When Saturn rules the eighth and ninth, for example, it is still tainted by its eighth house rulership and will give some negative effects. Its effects will not simply cancel each other out but be good for some things and bad for others.