A stable, conservative and down-to-earth association and this relationship has enduring qualities. Leads association to lifestyle and to more adventurous type. When provoked both can be jealous and possessive. Both are cautious of security.This team lacks dynamic initiative. They can be such a cozy, comfy couple it's charming to behold.

They can be such a cozy, comfy couple it's charming to behold. These two want gastronomic as well as sexual delights. Once the eating is over, the bull will return to his chair, ready for a snooze, while his Taurean does the washing up and then sits down with her knitting.You see, their relationship is all about cottages entwined with roses and tender loving care and they'll both be as happy as sandbulls, living out their traditional roles in life.

Their biggest downfall will be if they're both so stubborn that neither of them ever gives in about anything. Since they're fixed folk, they like to stay with the truly tried and tested and won't want to experiment with something that they know nothing about. And though that fixity could form an unbreakable bond between them, it might also mean that they both dig in their heels to such an extent that they'll both become too intransigent for words.But if they can overcome the obstinate and obdurate aspects of their natures, they'll discover that they have a long-term love for evermore and will live happily ever after. They'll love knowing all the moves in their games of love and will be reassured by a regular romantic routine. If one of these bovine bulls has a few flighty and fickle planets parading about their celestial chart, that could upset the amorous apple cart and the more stolid swain will feel threatened and on their guard when their partner tries a few emotional experiments. 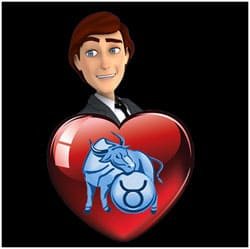 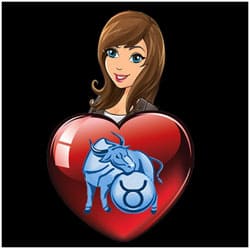 • Taurus with Taurus in Moon Compatibility