Neither of them expects life to be an easy road full of fun and games. Both can be dedicated, determined and hard working .In serious and practical matters, they make a good team if their goals are the same. When conflict arises, they can be deadly enemies. Since neither of them readily gives up, serious rifts will not be easily or quickly resolved between the two.
Canny old Capricorns know what they're doing when they team up with Scorpios, because when a goat meets a scorpion, it's animal magic.

Capricorns can be almost as sexy as Scorpios when they put their minds to it. Capricorn-Scorpio Compatibility When it comes to love, these two can form a foundation of feelings which can last them for life. A Scorpio-Capricorn couple are like a case of claret-cardinal Capricorns who want to clamber up the ladder of success. The only problem comes if they first hurtled into each other's amorous arms in their teens, because then they might not be able to cope if they hit any hiccups. Otherwise, if they take it like the tortoise and don't hop about like the hare , they could pass the compatibility test. 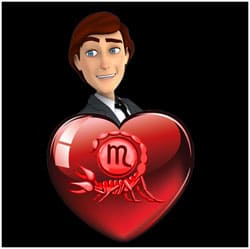 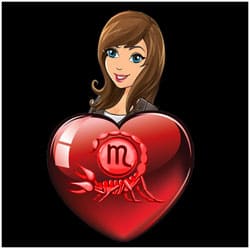 • Scorpio with Capricorn in Moon Compatibility