Much will depend on which of the many facets of this sign each person reflects, but sooner or later, unusual, surprising, changeable or disruptive conditions will affect the partnership.Some say that they are as queer as true buddies, but actually they've got it wrong. What they should realize is that there's nothing so strange as two Aquarius when they get together.
The sign of Aquarius has two rulers, Uranus and Saturn,who also controls Capricorn.So,if one of this two-some is ruled by stable Saturn, they should really read the previous pairing of Aquarius and Capricorn to find out how they'll fare on the road of romance.

This couple are a classic case of appearances being devastatingly deceptive. What you see on the outside won't resemble the reality.When two members of this sensational sign meet, they instinctively know whether they're going to get on together or not, even though other folk might not be so sure. 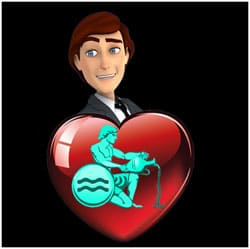 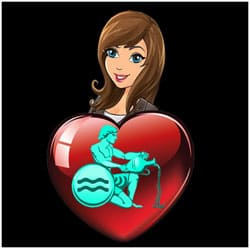 • Aquarius with Aquarius in Moon Compatibility