Mundane astrology is nothing but the predictions of world events with the help of the natal chart of a particular country. Each planet has an acting force on the natal chart or the houses of the nation. Thus with a sense of history and the study of planets at certain point of time and place along with the principles of mundane astrology can reveal the future of the country.

Major changes and revolutions took place decades ago when the transition of Uranus took place to Aries in 1930 and 1840 and similarly when Pluto transited to Capricorn in 1760 and 1770.Similar predictions are also interpreted by the mundane astrologers in the years ahead where we can see major changes in different fields like social, military, scientific and economics. 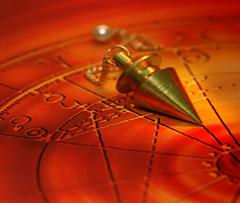 Also in the natal chart of USA, the second house which is for money has three planets of which one is Venus which rules the nation's currency. Thus Pluto getting into opposition, the US dollar is going to face changes and challenges there are chances of the Amero currency which is mixture of the currencies of US, Canada and Mexico. The mundane astrologers predict that there is going to be great financial changes, with new currencies coming in and the way it is going to be used. Thus globally the outlook of money is going to differ. There are also options of the world's major currencies like USA, Europe and an Asia coming together.

The union of Neptune and Jupiter in Pisces gives a picture of flood and oil slicks which is a clear cut example of the oil slick in Brisbane coast in Australia and the recent floods happening in India. When the planet Saturn is in the sign Virgo then represents the working class and Saturn can never take lack of integrity. At this state Saturn is in opposition to the planet Uranus which will lead to riots in the world. Such planetary position may also influence extremism. The Uranus Saturn opposition would cause riots and demonstrations and an uprising of the people around the world. This is because Saturn is in Virgo at this time which represents the workers and Saturn cannot bear a lack of integrity or any unfair treatment. So the national demonstrations in France and in many cities of the USA are just the start of this process. The research into the stem cell project is funded by President Obama but this is strongly opposed by the right winged religious sectors where they are acting violently which are soon gong to affect the politics.

Planetary studies says that the US natal chart is going to witness the transition of Saturn into Libra by December 2010 which will in this position till mid of 2011.During this period it is going to be a hard time for US for only if the leaders are doing justice to the people there are chances for security of the country. So hard work and dedication is needed to maintain peace, for ignorance will result in failure. The year October 2012 is going to witness three important transitions of squares. When transition of Uranus in Aries in the 11th house takes place there are chances of financial crisis and thereby leading to unemployment of the people. This is also squared with transition of Jupiter in the 2nd house in Cancer which results in great finance loss. The second square is the progressed Moon in Libra in the 5th house square natal Sun in Cancer in the 2nd house which also signifies more financial constrains. The third is the square between progressed Sun in Pisces in the 10th house with natal Uranus in the 1st house in Gemini which is going to see major changes for the leaders will stay apart in not watching the actual situation and this is also time to keep the status quo within corporations and big business.

Mundane predictions based on the planetary studies say that in 2011 T-Square with Pluto in Capricorn square to the opposition of Saturn in Libra and Uranus in Pisces, later Aries. When such planetary influence happened last in 1930-31 there was major economic depression world wide. This condition is supposed to cause severe damage in social relations concerning resources among all classes of people. There are also nuclear war threats. For the next 5-6 years Pluto in Capricorn is said to hover between natal Uranus in Sagittarius and natal Sun in Capricorn which causes sudden changes in the way UK judges itself and is really not going to be very easy. This period also brings into light any immoral and unethical activities. The mid of 2016 is going to watch the natal Sun and Midheaven in Capricorn in opposition to progressed Venus in Cancer crossing the IC.There will lot of troubles and fights in the work environment and changes and difficulty in earning money and thereby viewing a pull home and family.

Grand Trine among the three planets Jupiter, Saturn and Neptune will result in progress in economics and trade. The T-Square is utilized for additional power and growth during end of July for Grand Trine is interlocked with a T-square among Jupiter, Pluto and Uranus. Japan is already undergoing a major financial crunch because of its currency. However, by August 2009, transiting Neptune is conjunct natal Mercury in Aquarius in the 10th house and then Sun in Aquarius in the 10th house. Neptune is hovering over Sun and Mercury throughout the rest of 2009 and 2010 during Japan might dissolve some of its political structure. There are chances of the government getting fully corrupted. Japan can also be moved into advanced stages of growth by charismatic leader. In April 2012 Pluto will be transiting the 8th house of banking, insurance, investments and finance. This might cause possible changes in the above field and will also bring into light corruption scandals.

• What is my future?