Karmic Astrology reveals or explores the values and beliefs you bring into this life on this earth from your past birth.

Using Karmic astrology techniques one can find his/her karmic past which can help to resolve issues in life, create joy, find peace of mind, and improve the quality of ones' life.

The Karmic Nodes are your karma encapsulated in small nutshells. They are the north node and the south node of the moon. 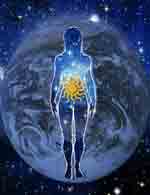 In karmic astrology, ones natal chart erected for the birth time and birth place is studied to understand ones karma or the past life lessons and its consequences. Knowing about ones past life using Karmic astrology principles can help one to transcend the relations in this birth and get in union with the super being, God.

Karmic astrology helps us to understand our course of life at present and the course of travel of our soul and its spiritual progress. It also guides us to escape various past life doshas or sins.

In Eastern philosophies, the law of karma refers to the effect of a person's actions and behavior during each incarnation, and is regarded as being the determining factor for the next incarnation. Karmic law is the way in which the Universe maintains balance among its inhabitants and their actions and deeds. This cannot be taken as a retribution for past life misdeeds but it is used to bring balance. It gives us an opportunity to correct ourselves, perfect our inner self, and progress in our spiritual path on a better note.

Karmic Astrology differs from traditional astrology in that it focuses on the belief that human beings are all essentially spiritual beings who reincarnate many times into physical bodies. According to Karmic astrology, the time gap between two different incarnations is utilized by the soul to study, plan for the next incarnation to follow, etc. Then when the planetary positions are aligned as desired, the next incarnation takes shape.

By understanding your karma for this life, you can take positive steps to release or change the karma, and then creating healthier karma to move forward in life, you can change your fate and advance to higher spiritual planes.