Virgo is methodical, careful, controlled and analytical. Fiery Sagittarius is impulsive, quick, independent and sometimes reckless and extravagant.The fiery Sagittarius and the earthy Virgoan are both mutable, which means that they're both constantly on the lookout for change and ways of improving themselves.
If they're negative, they'll both believe in change for change's sake, which won't but if they're both positive people, this could be a combo that's top of the pops.The Virgoan will want to better himself and prance along the path to perfection, while the Sagittarius will be high-minded, philosophical and constantly on the search for new knowledge.

Oddly enough, this pairing could be better off being platonic, with the accent not on love but on learning and educating each other.They should exchange words and wisdom, not kisses and caresses and they'll find it just as much of a thrill being brainy buddies as passionate partners. If they can't resist each other's charms, though, they'll discover that amours means very different things to both of them. After all, one of them belongs to earth element and the other to fire, so they'll look at love from diverse levels.Those adaptable archers often find that they love the one they're with at the time, whereas precise Virgoans need a love that can be completely defined. Because they're inconstant creatures, their loving liaison might not have a sturdy enough staying power and it could fizzle out. When a pretty Virgoatte goes weak at the knees over an attractive archer, their home life could become a big battle about neatness. 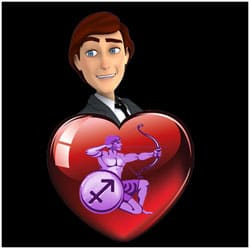 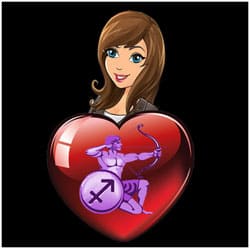 Is my existing partner compatible?