The Chinese New Year marks the start of the Spring festival and ends with the Lantern festival. The snake is the sixth sign in the Chinese zodiac.

Snake personalities are soft externally but are tough on the inner side. 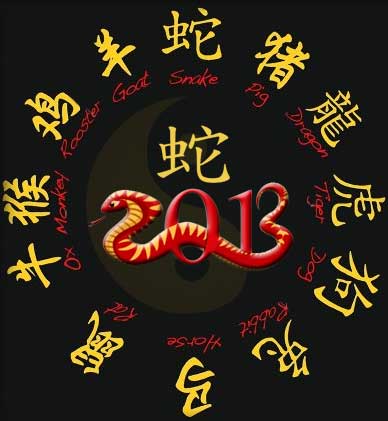 People born in the year of the snake usually become great philosophers, theologians, politicians, or financiers. The snake is the most enigmatic of the twelve Chinese zodiac animals. Snake persons are elegant, they enjoy reading, listen to great music and love food. They are born to enjoy the good things in life. A person born in the year of the snake is a passionate lover. He always has an eye on the opposite sex. Snake people get stressed out easily. Hence they need a calm environment to survive. They also dislike being interrupted.

The following were the previous snake years :