The other common names for frankincense are Olibanum, Indian Franckincense, Arabic Frankincense, and Salai guggal.

It is botanically related to the tree that the essential oil myrrh is taken from. The name for this resin likely comes from "incense of Franks" since it was reintroduced to Europe by Frankish Crusaders. 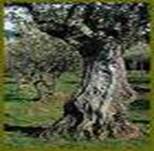 Although it is better known as "frankincense" to westerners the resin is also known as olibanum, which is derived from the Arabic al-lubán ("the milk") a reference to the milky sap tapped from the Boswellia tree. Some have also postulated that the name comes from the Arabic term for "Oil of Lebanon" since Lebanon was the place where the resin was sold and traded with Europeans. It was also called as frank because of the freeness with which, when burned, it gives forth its odour. It burns for a long time, with a steady flame. Frankincense, since ancient times, was known as one of the most precious substances and associated with religious practice and for centuries burnt on alters and in temples to create a 'spiritual' atmosphere.

The Frankincense oil is obtained from a leafy forest tree called Boswellia Thurifera.The leaves of this tree are deciduous, alternate towards the tops of branches, unequally pinnated; leaflets in about ten pairs with an odd one opposite, oblong, obtuse, serrated, pubescent, sometimes alternate; petioles short. The flowers, white or pale rose on short pedicels in single axillary racemes shorter than the leaves. The calyx appears to be short and five toothed, that is quite persistant and corolla is inside the space left of the disk that is quite acute in angel.

The Boswellia Thurifera tree tolerates the most critical situations and is often on rocky slopes and ravines up to an altitude of 1,200 m. Prefers calcareous soil. It can be found in tropical dry deciduous forests and occurs in very dry teak forests or in dry mixed deciduous forests. It is characteristically found on the slopes and ridges of hills, as well as on flat terrain, attaining a larger size on fertile soils.

Boswellia prefers the dry, hot climates of the Near Eastern lands. It originates from the ancient Persia, in the place we now call Iran, but grows in the variety of other places in the world. Frankincense is harvested from trees in late October. The harvesting is done by the cutting away a flap of bark 15-20 cm wide. The gum is being then scraped away from this wound for about two weeks. After the collection the material is purified and used in healing. To obtain the Frankincense, a deep, longitudinal incision is made in the trunk of the tree and below it a narrow strip of bark 5 inches in length is peeled off. When the milk-like juice which exudes has hardened by exposure to the air, the incision is deepened. In about three months the resin has attained the required degree of consistency, hardening into yellowish 'tears.' The large, clear globules are scraped off into baskets and the inferior quality that has run down the tree is collected separately. The season for gathering lasts from May till the middle of September, when the first shower of rain puts a close to the gathering for that year.

The flowers of the Bosewellia thurifera appear from February to April.

No serious pests and diseases are reported in this tree. But however they are very rarely affected by powdery mildew. It is very susceptible to bacterial canker. Cankers usually occur on the main stem where a branch broke off and left an open wound.

The most commonly used part of the tree is the gum resin which is used for its commercial and medicinal applications.

• A useful oil during the winter months to use on a vapouriser and as an inhalent.

• The resin, applied as a salve, is used for rheumatism, wounds, and athletic injuries.

• It helps in healing skin abrasions, acne, dry skin, wounds and scars, and in general having a rejuvenating effect on skin.

• The soot from burning the resin can also be used to treat wounds and cancerous lesions.

•&nbspInternally it is used to treat gastro-intestinal problems, stimulates appetite and digestion, stops diarrhea and vomiting.

• It is also used in treatment of menstrual pains and urinary tract infections.

• In China it is used for leprosy.

• Frankincense is chewed to strengthen the teeth and gums.

• A solution from frankincense can be made into an eyewash, said to sooth the eyes and aid in eye infections.

• Traditionally it is used in the treatment of arthritis, ulcerative colitis, sores, and asthma.

• In ancient Egypt, Frankincense was used in rejuvenating face masks, cosmetics and perfumes.

• It is not only in the perfume industry but also in the pharmaceuticals.

• It is used as an insect repellent.

There appears to be some connection in antiquity between frankincense and the Sun. Its use was particularly cherished by the Egyptians for the worship of Ra, the Babylonians for Baal, and in Hellenic religion for the worship of Apollo: all of these deities are associated with the Sun. Frankincense is strongly under the dominion of the planet Sun.
Cultural Significance

The lost city of Ubar, sometimes identified with Irem in what is now Oman, is believed to have been a centre of the frankincense trade along the recently rediscovered 'Incense Road'. Ubar was rediscovered in the early 1990s and is now under archaeological excavation. Frankincense was lavishly used in religious rites. According to the Bible's Gospel of Matthew 2:11, gold, frankincense and myrrh were among the gifts to Jesus by the magi 'from out of the east'.

One can find reference to its religious use throughout Hellenic literature and the Bible. Although most people think of the famous gift of the three Magi, frankincense has been offered to the Gods of all traditions both in the West and as Far East as China and Japan. In fact, the use of frankincense has been connected with religion for so many millennium that it is considered sacred. It remains one of the most elegant and precious offerings to this day. In the writings of Herodotus (330 BC), the great traveller known as the "father of history," we find mention of a yearly tribute of a thousand talents (98,422 pounds) of frankincense to Babylon for worship at the great temple of Baal (Bel).

By 1 AD, 3000 tons of frankincense was exported to Greece and Rome from Southern Arabia. The Romans considered frankincense to be the very finest incense to offer the Gods and this was reflected in the apex of its use in the 400 year period from the 2nd century BC through the 2nd century AD, the very peak of the ancient incense trade. The Egyptians made great use of frankincense and its use was sacred. They used many types of resins and gums in mummification, but frankincense was excluded because it was used solely for the worship of the Gods.

Frankincense has been treasured for centuries and was burnt as the original incense to appease the gods. It was used by many cultures to treat almost all known ailments. Folklores believe it to be a psychic cleanser of spiritual fragrance that balances emotions, calms the mind, elevates the spirit, and heightens meditation. Pythagoras, philosopher and priest of Apollo, exhorted the worshipers of Hellas to offer frankincense instead of sacrificing animals to the Gods, and, indeed, by 400 BC, blood sacrifice declined in favour of incense, particularly frankincense. According to incense historian Walter Muller, "its resin was considered to be the blood of a tree, which was taken to be animate and divine."