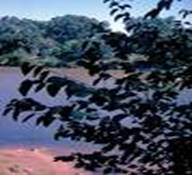 Slippery Elm derives from the inner bark of an American species of Elm known as Red Elm. Although Elm was also used in Europe and is even mentioned by Dioscorides, the use of this plant is more common in the United States and the UK, where it was introduced via the Native American Materia Medica. Slippery Elm is recognized for its bark, which is a first-class digestive herb, rich in trace minerals such as manganese, iodine, protein and soothing mucilage. It is an illustrious herb in naturopathic groups and is regularly used by holistic veterinarians to improve the health of the digestive tract in dogs. The Red American Indians used the bark and as a food called Oohooska meaning 'to slip'.

The usual height of the slippery elm is from 40 to 50 feet, with a trunk about 2 1/2 feet in diameter. In open woods and fields it is spreading and irregular in growth, but in dense woods it grows tall and straight, branching some distance from the ground. The bark is very rough, even the small branches are rough, and the twigs are furnished with rough hairs. The rather large leaves, which are from 4 to 8 inches long, are supported by short, downy stalks. The small, bell-shaped flowers appear in dense clusters in early spring, before the leaves, and are followed by flattened and circular winged fruits. Each fruit consists of a single seed surrounded by a thin, winged margin, which aids its dispersion by the wind.

The slippery-elm is a large tree, common to this country, especially in the western states. Geographically, this tree is found growing in central and southern North America - Maine to Florida, west to Texas and North Dakota.

Seed when sown in a cold frame as soon as it is ripe then it germinates within a few days. Stored seed does not germinate so well and should be sown in early spring and it requires 2 - 3 months stratification. The seed can also be harvested 'green' (when it has fully developed but before it dries on the tree) and sown immediately in a cold frame. It should germinate very quickly and will produce a larger plant by the end of the growing season. When they are large enough to handle, prick the seedlings out into individual pots and grow them on in the greenhouse for their first winter. Plant them out into their permanent positions in late spring or early summer, after the last expected frosts. Plants should not be allowed to grow for more than two years in a nursery bed since they form a tap root and will then move badly. Layering of suckers or coppiced shoots.

The flowers which are sessile, in dense, lateral clusters, and appear before the leaves are in bloom from March to May.

Elms have become quite a rare sight in the UK and Europe since the outbreak of the Dutch Elm disease wiped out huge populations of these trees. Another important foliage disease is target leafspot which is caused by the fungus Cristulariella pryamidalis and is responsible for premature defoliation.

The inner bark is the most commonly used parts of the tree for its commercial and medicinal applications.

• Slippery elm is also one of four herbs included in a popular therapy called essiac that is promoted for cancer treatment.

• Slippery elm has been used in Ayurvedic and Traditional Chinese Medicine for gastrointestinal symptoms including bloody diarrhea.

• Slippery elm is an excellent treatment for diarrhea, colitis and inflammation of the intestinal tract.

• It soothes the mucous membranes of the intestines, as well as the respiratory and urinary tracts.

• The herb works with the body to draw out impurities and toxins, assisting with the healing of all body parts.

• Nineteenth-century midwives used Slippery Elm to lubricate their hands when performing gynecological exams and the herb was also consumed the last few weeks of pregnancy to facilitate labour.

• The inner bark of slippery elm is used to treat gastritis, peptic ulcers, colitis and enteritis.

• The herb also has properties of alleviating cystitis and an inflammatory bladder.

• It is considered so safe that Slippery Elm can be added to baby food as a nutritive, and is also said to be good for babies who cannot digest milk.

• Slippery Elm is also beneficial in alleviating inflammation caused by arthritis and for soothing sore throats.

• The bark has been used as a roofing material.

• It's a popular herbal ingredient in natural throat and cough lozenges.

• A tea-like beverage can be brewed from the inner bark.

• The boiled bark has been used for making matting, nets etc.

• It is used as a thickening agent in soups and added cereal flours in making bread.

According to the astro reports the elm tree is under the governance of the celestial body Saturn and the zodiac sign Capricorn.
Quotes from History

In times of famine, early American settlers used it as a survival food. George Washington and his troops survived for several days on Slippery Elm gruel during the bitter winter at Valley Forge.

Traditionally the Slippery elm was burned to stop gossip. There are no specific magical uses associated with Slippery Elm, however it may be of great service when attending ceremonies that demand long hours of chanting and praying. The Choctaw and Iroquois tribes drink elm infusions in order to soothe menstrual problems. The tree essence balances the heart and energises the mind. Since it is under the dominion of the Capricorn sign it is believed that the elm tree is used for anti gossip and persuasion.