The Astrology of the Corona Virus

Did you know that the years 1720, 1820 and 1920 had major plague outbreaks. Is the current corona virus doing its rounds, something that is destined for the year 2020? Do you see a pattern here…

The widespread infection brought about by the deadly Corona Virus can be best attributed to the current Uranus in Taurus position.

And in year 2021, similar and more aggressive virus effects would be noticed when Saturn gets into Aquarius and enters a square or quadrant (90 deg) aspect with Uranus. Already myriad industries across China and the world are losing their charm and are having rapid downfalls.

Do note that the great Spanish Flu originated when Uranus was transiting the airy sign of Aquarius. The corona virus started during the end of the year 2019 when Saturn and Pluto where in proximity in the house of Capricorn. This usually marks un-preparedness and poor use of resources towards a positive direction. Uranus in Taurus has the dubious distinction of tricking people and Uranus exerts forceful changes around whether you like it or not, as like this deadly outbreak.

Uranus sometimes gives us a time of solitude as is the case with the corona virus infected people. And Taurus being an earthy sign grounds us. We would be confined to home, or much better the couch ( a Taurus trait) around this time. However Jupiter’s association with Pluto in Capricorn indicates that things shall soon get better.

We had an annular solar eclipse of the 26 th of December 2019 as the year ended. An annular eclipse happens when the Moon would be farther away from the Earth and does not mask off the Sun completely, instead a corona is formed around. Can we relate it to the shape of the currently prevalent virus structure? A point of reference here is that Wuhan, the hotspot of the corona virus outbreak had partial visibility of this annular solar eclipse. 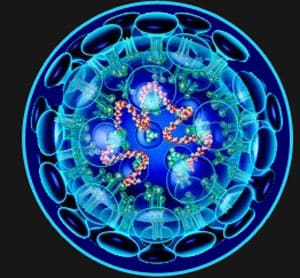 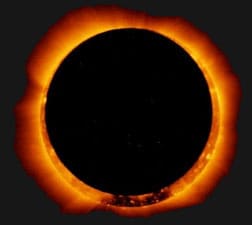 Another point to ponder over here.. Neptune is known to cause diseases and sicknesses. And affliction of Neptune in Pisces by Saturn from the zodiac sigh of Capricorn by its 3 rd house aspect is a major reason behind the deadly outbreak of this pandemic.

Currently the Saturn-Pluto conjunction (0 deg) is aspecting the natal Jupiter of the horoscope of China. Neptune, ruling over sickness is opposing the natal Saturn and hence this is something to behold for now. Also Rahu or the Moon’s North Node is in conjunction with Uranus is yet another reason behind the epidemic. The Natal Moon is in square aspect (90 deg) with the current transiting Uranus another factor that is disrupting life at large of the people across China. Presently the Dasha of Mercury is running for China and would last till around year 2022. Hence an immediate relief is not in sight. But then as Neptune slowly moves away from its aspect of Saturn some respite can be seen down the ensuing period.