In an astrological sense, finally things are likely to settle down in September 2014. From January 2014 to July 2014 the cardinal cross formed by Uranus, Jupiter, Mars and Pluto held sway and during August the conjunction of the malefic planets of Mars and Saturn disturbed us.

"The Jupiter-Uranus trine aspect in September 2014 has to do with freedom, opening up, expanding and progressing. This duo would be joined by Mars around mid-September creating further energy and fire. Aries, Leo and Sagittarius natives shall find new avenues to explore and much success and accomplishments in their lives. Also the Geminis, Librans and Aquarians stand to gain by this aspect. After mid-September, Mars would be in square with Neptune which would then cause unwanted emotional imbalances and false perceptions in our society, a time to introspect." – comments Nimmi, the senior Analyst from one of the most renowned divinity portal, FindYourFate.com.

Jupiter posited in the house of Leo forming a trine aspect with Uranus in Aries holds good promises. Jupiter is the planet of enormous opportunities and its position in the house of Leo is all related to improved creativity and confidence in our lives. Uranus which rules awakening and liberation in the fiery house of Aries predicts major assertive tendencies in our minds. 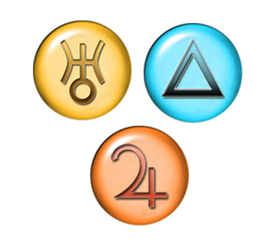 As per the predictions from findyourfate.com – "This Jupiter-Uranus aspect promises much energy and confidence for us to start new things in life like a new relationship or a new project. The aspect is harmonious and would last till around the start of 2015. Add to this, the retrograde nature of Uranus and it positively influences our creativity and personal life for the good. Though the aspect is due in September 2014, the influences would be felt right from the 20's of August 2014. The effects of the aspect would start right from the full Moon on August 25th." The Jupiter-Uranus trine aspect is a very harmonious one and would help us to break away from traditional patterns in life. Ordinary citizens would be able to achieve extraordinary goals. Things would get into place without much effort. "The peak effect would be felt on September 25th at 14 degrees with Jupiter in Leo and Uranus posited in Aries, both fiery signs – an effect to behold. Around this time Pluto in Capricorn would go Direct adding further energy to the aspect. You are advised not to be taken over by unrealistic goals and hyper-ideas but instead remain grounded. Do not be attracted by extravagant and vain ideas instead look for the finer print." – predicts Nimmi, the Senior Analyst from FindYourFate.com. "The highest opportunities would be found in the most menial and simplest places. But this won't last long as the aspect is not here to stay forever. Hence do not procrastinate and instead make full use of this aspect." – she advises.

The Republic of Italy has the Sun in conjunct to the trine of Jupiter and Uranus. This would be much favorable for the country given to that Italy is always noted for its flashy lifestyle ruled by Uranus and Jupiter which is associated with opulence of the Italians.The other celebrities who have Jupiter trine Uranus in their natal chart include Richard Branson, Bettie Paige , Aaron Spelling, Donald Trump , Nigella Lawson , George W Bush, Edward M Kennedy, Franklin D Roosevelt, Elizabeth Taylor, Johnny Cash, Cher, Sylvester Stallone, Zac Efron, Frida Lyngstad, Neil Young and Jay Leno. "If you were born in September–October 1981 with Saturn in Libra, or July/August 1974 or February, March or April 1975 with Saturn in Cancer, or June, July, August, September 1967 or born in January, August, September, October 1960 with Saturn in Capricorn or in February/March 1968 with Saturn in Aries, then you would be especially sensitive to the Jupiter/Uranus trine aspect of September 2014."– predicts one of the eminent analysts of FindYourFate.com team.